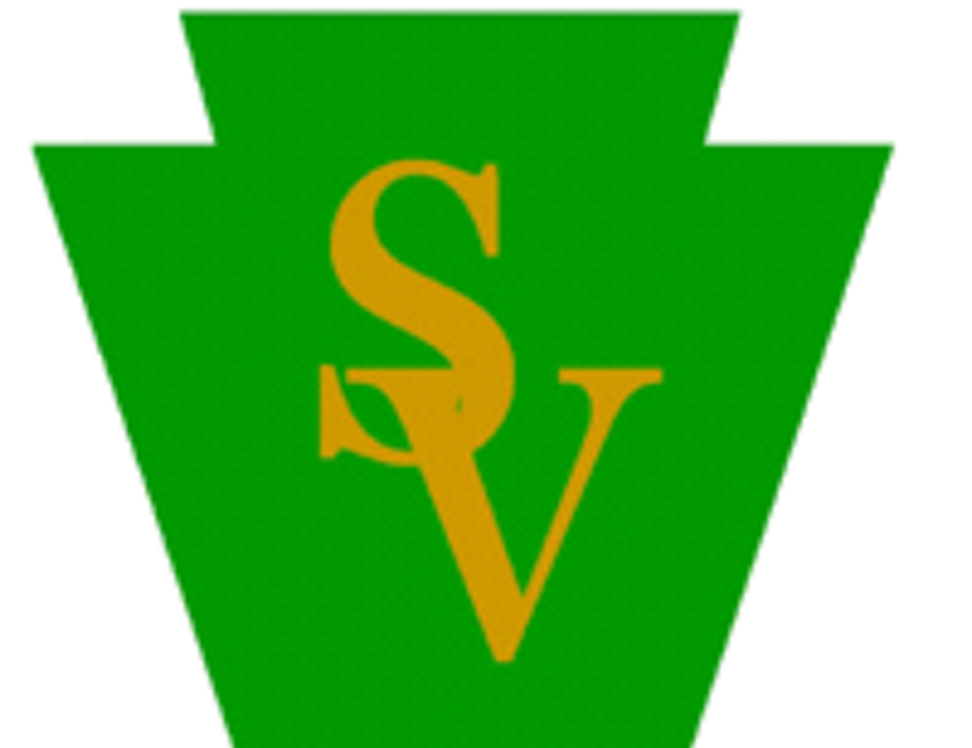 Freight and passenger car trains can be seen rumbling over 700 feet of track, over high trestle bridges, through towns, around mountains, and through tunnels along the right-of-way from Reading to Philadelphia. There are hundreds of buildings, vehicles, people, and trees which create realistic scenes on the 1000 square foot model.

The railroad appears to have a double track main-line. This is an illusion forced by the need to limit the overall size of the layout to the available space. The railroad is a point-to-point layout with a single track main-line, which is folded back on itself, looking like a double-track main. You will see two trains passing each other, which would be miles apart in the real world.

The SVRR is a ficticious railroad serving Eastern PA from Philadelphia

to Harrisburg. There are four different railroads in the model:

SCHUYLKILL VALLEYRAILROAD - the mainline section between Philadelphia and Reading, which includes over 700 feet of track.
CARBON COUNTY & NORTHERN - A branchline to Allentown. This portion of the track was converted in 2004 to run Digital Command Control (DCC).
CENTRAL PENNSYLVANIA LOGGING COMPANY - A narrow-gauge coal and lumber railroad.
PHILADELPHIA HARBOR BELT RAILROAD - An industrial railroad serving the harbor area.